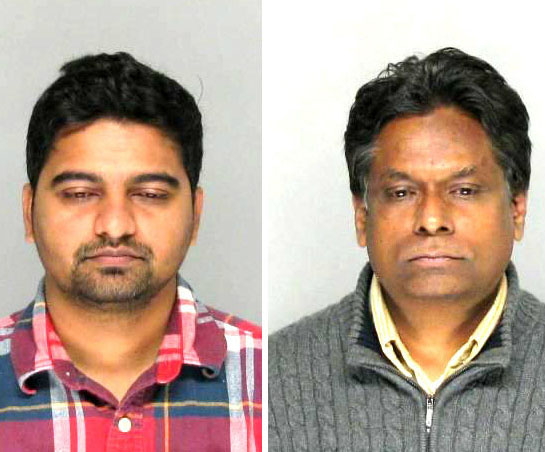 The store owner and a clerk at an Augusta convenience store were busted Tuesday for giving cash payouts on video gambling machines.

Authorities had received several complaints about gambling at the store on Mike Padgett Highway.

After several months of investigation, officers executed a search warrant Tuesday morning.They arrested the two suspects and and confiscated the video gambling machines along with $56,000 in cash.

“Most video gambling machines are legal to operate but cash payouts are not allowed,” Lt. Chew said.

Both men were charged with felony commercial gambling and possession of gambling device and keeping a gambling place. Bond was set at $9,400 each.