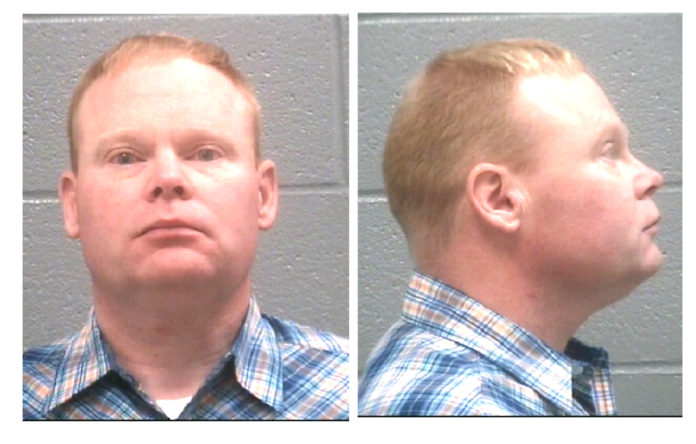 A Columbia County deputy was fired Tuesday after his weekend arrest in a marked patrol car for DUI, stealing pills and violating the oath of office, authorities said.

Joel Larsen, 40, of North Augusta, had been working for the sheriff’s office since 2005.

On Saturday night, dispatchers received a call from a citizen reporting a marked patrol car was driving erratically and they were worried that something was wrong with the deputy, according to Maj. Steve Morris.

“We located Larsen, who had just left an off-duty special, and the complainant on Washington Road near General Woods Parkway,” Maj. Morris said. “Larsen had stopped on the side of the road and the complainant engaged him in conversation until we arrived. We found Larsen to be very confused.”

Larsen was taken to University Hospital for evaluation. Unlabeled pill bottles were found in his patrol car along with bottles with other people’s names.

Larsen agreed to a blood test and a sample was taken. Deputy Larsen was suspended with pay Saturday night and was fired and arrested on Tuesday.

“Because of Larsen’s position in law enforcement and the public trust bestowed upon him, to say that we are disappointed is an understatement.,” Maj. Morris said.

Larsen began working at the sheriff’s office in February 2005 at the detention center. He transferred to the patrol division and was later assigned to the traffic division.