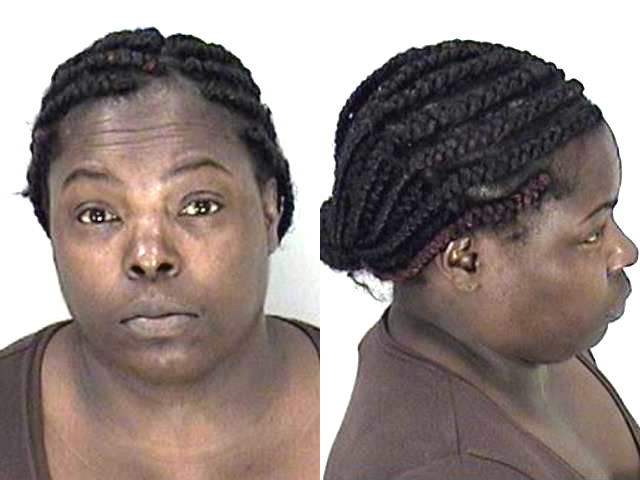 An Augusta day care teacher has been arrested for aggravated assault after she was caught on camera pouring bleach into a co-worker’s soda bottle, according to authorities.

Sharon Sexion, 47, is being held at the Richmond County Jail under a $27,700 bond on the felony charge.

Sexion was allegedly caught on videotape at Cathy’s Day Care & Learning Center committing the offense in August. The camera shows her opening up the refrigerator and pouring a substance from a white cup into a 2-liter bottle of Mountain Dew used by infant teacher Juanita Quattlebaum, according to a sheriff’s report.

Quattlebaum told authorities that she had been drinking from the 2-liter bottle for two days while working at the day care on Lumpkin Road. Apparently, the bleach was added to the already-opened bottle on Aug. 9 after the victim had consumed some.

The victim said she opened the bottle again that day to pour some into a cup and noticed the horrible smell. Quattlebaum asked around the day care to see if it was a prank, and no one – including Sexion – confessed to doing it as a joke. So she called the cops.

The Jail Report reached Quattlebaum on Monday morning to ask about the incident, which she called “bizarre and random.”

“I still don’t have any reasoning,” she said. “If I were to drink it, it would have really messed me up. … I think she thought she would get away with it. We have security cameras all over the building, so I don’t know why she thought that.”

Quattlebaum said the suspect probably knew investigators were on to her and quit a a few days after authorities came to the day care. The investigation took some time, but the arrest finally came last Wednesday.

“It drives me crazy thinking about what I could have done (to upset her),” the victim said.

While she never drank the contaminated liquid, she said she now remains paranoid about drinking from opened bottles or ones that have been unattended.

“And the smell of bleach pisses me off now,” Quattlebaum said. “It is so bizarre and random.”

For more crime news, pick up up the latest edition of The Jail Report, sold in local gas stations for $1.50.