A 15-year-old Evans girl caught a neighbor peeping in her window last week while she was getting dressed for school, authorities said.

Christopher Powell, 37, immediately confessed last Thursday morning when officers tracked him down to his apartment on Thoroughbred Lane, according to a sheriff’s report.

“What did you do?” a deputy asked.

“I peeked through a little girl’s window,” he replied.

The suspect said he did not know how to write, so he could not provide a written statement.

The victim said she got up to get dressed at 5:30 a.m. Thursday and saw a face in the window of her room. So she ran to her mother, and the mother went outside and confronted Powell. She told him to stay as the police were coming.

“Powell took off running up the steps to his apartment,” the sheriff’s report says.

Powell was charged with Peeping Tom. 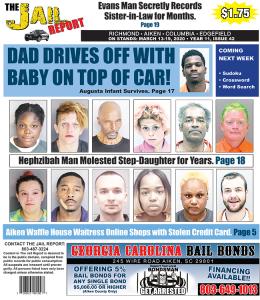