Ex-Commission Corey Johnson Accused of Abusing Wife; She Wants a Divorce & His Arrest 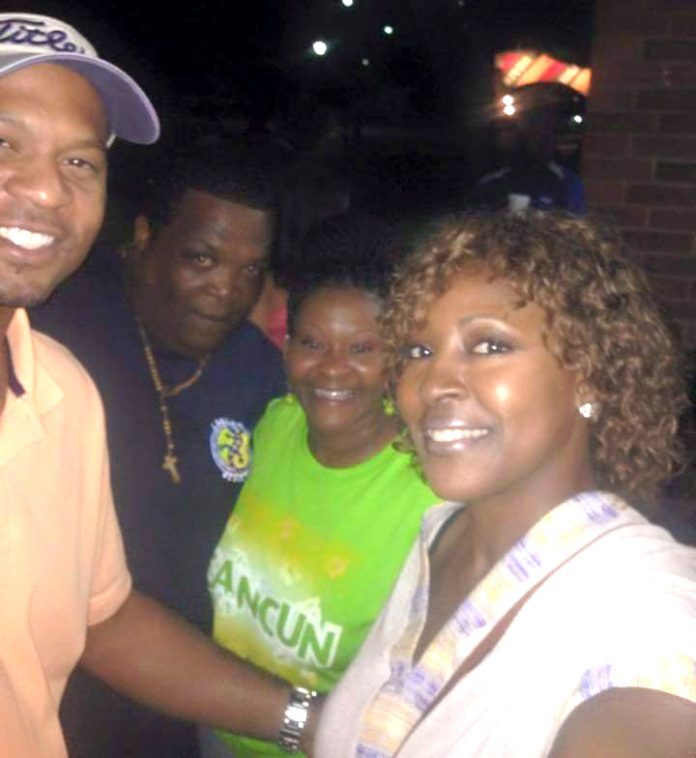 Former Augusta Commissioner Corey Johnson has been accused of domestic abuse by his wife following a night out to celebrate Cinco De Mayo, according to a sheriff’s report obtained by The Jail Report.

Shelita Johnson, 40, called 911 to their home late Tuesday, saying her husband physically harmed her after she refused to have sex with him.  Paramedics came to the house to look at the woman, who showed no visible signs of injury. Deputies told Mrs. Johnson how to seek a warrant through a pre-warrant hearing.

Mr. Johnson, 41, told deputies that he was hugging his wife and kissing her neck. “Mr. Johnson stated he grabbed her arms to keep her in the bed. Mr. Johnson stated that he never had any intention to hurt his wife. … Once his wife said stop, he stopped,” the report says.

In an interview with The Jail Report, Mrs. Johnson said she has contacted an attorney and is working on a divorce as well as criminal charges against Mr. Johnson. She spoke to The Jail Report while cleaning out her items at the family home on Woodland Avenue. She said officers were there to watch as she collected her things.

“I am going to pursue charges,” she said. “He assaulted me! He tried to rape his own wife. I got bruises.”

Mrs. Johnson said the two enjoyed a night of Cindo De Mayo with family. A Facebook post – now removed –  shows pictures from Mi Rancho Mexican Restaurant, including a selfie (shown here) by Mr. Johnson where the couple are seen smiling with two other people in the background.

At home, though, the situation turned violent, she said. Mrs. Johnson said her husband not only grabbed her and pursued sex on Tuesday night, he cursed at her and demanded that she respect him. She said his physical control of her re-aggravated an old shoulder injury.

After screaming at him multiple times, he finally stopped and she called police, she said. She said all of this took place while her two god-children were in another room. They are 7 and she has guardianship over them, she said.

Mrs. Johnson said her husband has anger management issues that has led to counseling, but he usually quits the sessions when he hears that he has to change. She called him violent, manipulative and a smooth talker.

“She accused me of assaulting her, but I didn’t do that,” he said. “No assault happened there. … The only thing I did was hug her. All this stuff about me hitting her is not true.”

He admits he was hugging his wife in an attempt to have sex.

“When I got on top of her, she began to jump up and acted like she as going to hit me. And I said, ‘You are not going do this.’ She said, ‘I am going to call the police.’ I said, ‘Call the police,'” he said.

Mr. Johnson said he has never been violent.

“Everybody knows me. I was a public figure for eight years. They saw that I always carried myself with respect,” he said.

“This is probably a way to destroy me, make me out to be something (I am not),” he said. “I am a gentle, kind, diplomatic person.”

Mrs. Johnson said she is planning to stay elsewhere, away from the home.

Mr. Johnson has not been charged.