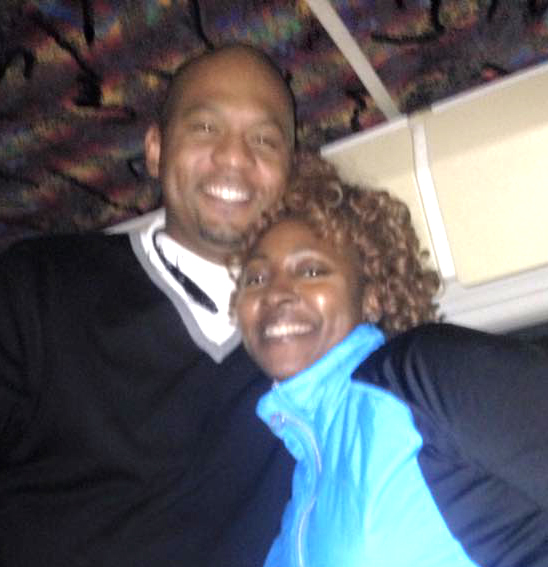 Former Augusta Commissioner Corey Johnson is reconciling with his wife, a week after she filed a criminal complaint of domestic assault and moved out of the house.

Shelita Johnson confirmed Thursday that she does not plan to pursue criminal charges or a divorce against her husband and is working on the marriage.

Corey Johnson said the couple are still living separately but are working with the pastor that married them to reconcile.

“We are getting back together, talking every day,” Mr. Johnson said. “We are working on things to make our marriage better. I am excited about our future.”

The couple’s announcement comes after a rocky week that started with a fun night at a Mexican restaurant to celebrate Cinco De Mayo with some drinks.

Later that night, Shelita Johnson, 40, called authorities to their Woodland Avenue home, saying her husband physically harmed her after she refused to have sex with him.  Paramedics came to the house to look at the woman, who showed no visible signs of injury. Deputies told Mrs. Johnson how to seek a warrant through a pre-warrant hearing.

Corey Johnson, 41, told deputies that he was hugging his wife and kissing her neck. “Mr. Johnson stated he grabbed her arms to keep her in the bed. Mr. Johnson stated that he never had any intention to hurt his wife. … Once his wife said stop, he stopped,” the report says.

Corey Johnson said he has the pastor who married them on speed dial and plans to continue counseling. “He’s been helping us. We’re grateful that God is able to take something and put it back together. Because it’s easy to walk away. We are in this thing together. We know with God that all things are possible,” he said.

While they work on reconciling, Corey and Shelita Johnson both asked the public and the media for privacy.

“I would appreciate if people would respect us,” Sheltie Johnson said. “This is a personal matter even though he was a public person at one time. We can’t take his popularity away. … But this will be the last comment I make on the situation. And with Gods’ grace and mercy, we will get through it.”