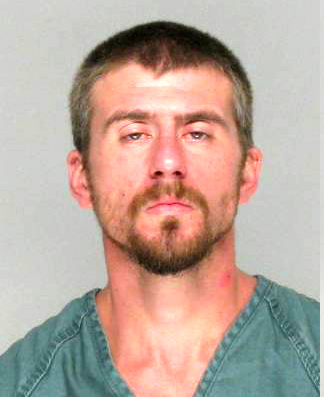 A good citizen who was quick with a video camera caught a thief Saturday afternoon who was making off with a tire and tire iron from the back of another man’s truck in the parking lot of the 15th Street Kroger in Augusta.

The owner of the truck was walking back to his Chevy when the parking-lot cameraman met him and told him about the theft. A Richmond County Sheriff’s deputy responded and watched the video, which showed Jeffrey Wimberly, a 30-year-old homeless man, stealing the tire and putting it in the back of his truck, a sheriff’s report said.

The deputy found Wimberly almost immediately at the Circle K on Walton Way using the video for identification. Wimberly was taken into custody and during a search of his truck, a Tums bottle with 7 Clonazepam was found, the report said.

Wimberly was charged with theft by taking and possession of Clonazepam, the report said.

And the 55-year-old victim got his tire back thanks to a little help from a stranger.