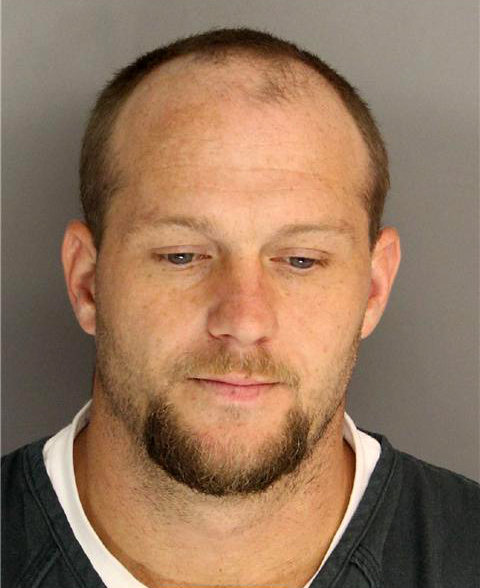 A Graniteville man accused of breaking into an Aiken woman’s home and raping her two weeks ago was captured Tuesday night.

James Dyches Sr., 33, of Shotgun Lane, was placed on the sheriff’s office Wanted List after the Oct. 2 rape. According to authorities, Dyches violated a one-year domestic-related restraining order issued May 28th against the victim and broke into her home at 1 o’clock in the morning.

The victim showed up at the local emergency room, where she told officers that she was woken up by a knock on her window. According to a sheriff’s report, the victim went to the door to answer it and Dyches rushed in and immediately pressed car keys against her neck. He threatened her life and ordered her to go to the bathroom. That’s where he “snatched her up, bent her over the sink” and raped her, the report says.

A 14-year-old girl in the home heard the commotion and went to the bathroom, begging Dyches to stop. But the suspect allegedly told her to shut up or he would do the same to her. So the girl ran back to her room in fear, a report says.

“The subject left the (home) after the assault and told the victim he would kill her if she said a word,” the deputy’s report says. “On her way to the hospital, the subject called several times apologizing and asking her not to call the police.”

A sexual assault kit was collected at Aiken Regional Medical Center and investigators took statements from the victim and the young girl.

Dyches remained on the run for two weeks when he was arrested and charged with burglary first-degree, violation of restraining order, kidnapping and criminal sexual conduct. He is a repeat offender who was in jail in May for criminal domestic violence. He has previous charges related to his failure to pay child support on three children. Dyches was also charged with two DUIs, driving under suspension and shoplifting, according to jail records.