The mother of 17-year-old Cheyenne Grace, is calling for justice in response to her daughter’s death in a four-wheeler accident on Friday night in Augusta.

In a dark Facebook video posted Saturday morning, DeShandra Patrice Parks called out the Richmond County Sheriff’s Office and disputes their account of the accident. The wreck is under investigation by the Georgia State Patrol.

See the mom’s heart-wrenching video here, recorded in her dark room and posted to her public page. The post had been viewed over 2,000 times by noon Friday: 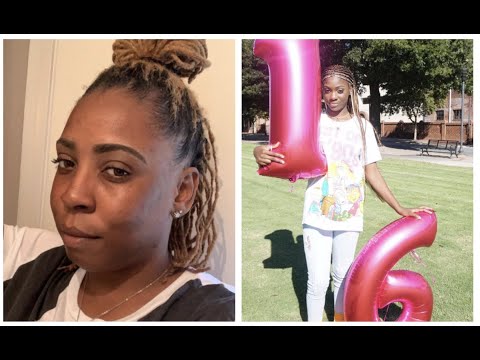 Cheyenne, who lives on Friar Lane, was pronounced dead on the scene at 10:10 p.m. Friday, Coroner Mark Bowen said. Grace was riding a four wheeler when the crash happened. Georgia State Patrol is investigating the crash since a Richmond County Patrol vehicle is involved.

Witness video shows the teen’s body covered by a sheet in the road.

According to the sheriff’s office, the teen was riding the four wheeler on Barton Chapel Road when it was struck by a Dodge Challenger turning onto Barton Chapel Rd from Blossom Drive.

“The four wheeler then traveled into the oncoming path of a deputy driving his patrol car on Barton Chapel Road,” sheriff’s Sgt. Caleb Lee said.

The Jail Report asked Sgt. Lee about reports that the four-wheeler was hit during a chase. His answer: “Investigation is turned over to GSP.”