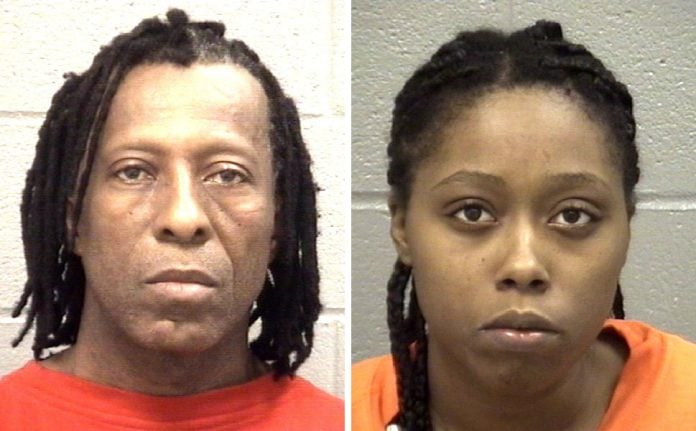 Columbia County authorities charged a 10-year-old boy’s mother and stepfather Wednesday night with child cruelty after the Grovetown boy showed up at school with bloody bruises over his body.

Wilford Petersen, 57 (left), and Shavoya Davis, 25, of 5429 Wrightsboro Road, Grovetown, were arrested after the discovery of bruising and scars on the pupil when he arrived at Euchee Creek Elementary School, authorities said. The bruises were so bad, the boy was taken to a local emergency room for treatment.

The boy told a teacher that Petersen beat him with an electrical cord for not bringing his homework home, a report says.

A nurse found the victim with cuts to his arms, legs, back and buttocks. Some of the lacerations were healing over and others appeared to have been made recently, a report says.

The boy was taken from the parents and turned over to the Department of Family and Children Services, Capt. Morris said.
Petersen was found with marijuana in the house and faces a drug charge as well as child cruelty.

Both remained in the Columbia County Jail Thursday morning.