Hephzibah Man, 85, Arrested for Repeatedly Molesting Great-Granddaughter During Her Visits

An elderly man was charged Friday with repeatedly touching his great-granddaughter during her visits to his home in Hephzibah, authorities said.

A week ago, a sheriff’s investigator got a call from a principal at an elementary school in Aiken County. The principal said a student disclosed to a school counselor that she had been touched inappropriately by her great grandfather in Hephzibah.

The girl also told her biological father that the touching had been going on “for an extended period of time during her visits to Morgan’s residence,” a report says.

The disclosure led to an investigation and arrest. Morgan remained in the Richmond County Detention Center on Sunday night under no bond. 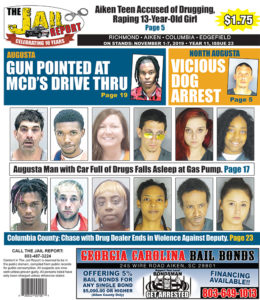