Richmond County authorities have charged a Hephzibah man with reckless conduct by an HIV-infected person.

Demetric S. Ballard, 36, of Spanish Trace, is accused of giving a younger male relative the virus during one or more sexual encounters with the young man, according to a sheriff’s report.

The victim told authorities that he was talking with someone on the phone Sunday about HIV rates in Augusta. He said Ballard heard him and confessed to being HIV positive and performing oral sex one night on the victim when Ballard was really drunk and the victim was sleeping.

The suspect confessed to investigators that he and the victim had oral sex multiple times as well as one occasion where the victim penetrated him, a report says. Ballard also said that he once paid the victim $200 through a Cash app to let him perform oral sex on the victim.

However, the victim claimed to deputies that “he has never consensually had any type of sexual intercourse with Demetrick,” a report says.

In Georgia, anyone convicted of reckless conduct by HIV-infected persons is guilty of a felony and faces up to 10 years in prison.

Ballard was arrested Monday and remained in the Richmond County Detention Center on Tuesday morning. 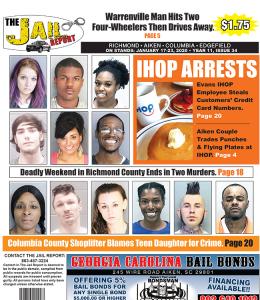