Hephzibah Woman Has a Bad Night That Only Gets Worse! 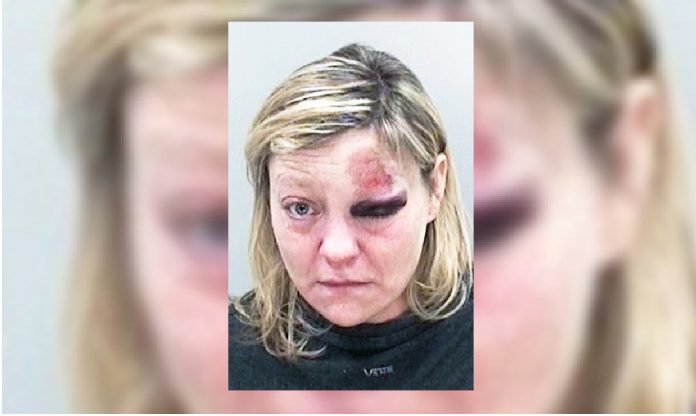 A drunk Hephzibah woman with a nasty black eye assaulted a deputy as he was asking her why her vehicle wrecked into a business fence on Monday night, according to a sheriff’s report.

Crystal Quick, 47, of Peach Orchard Road, was charged with simple battery against a police officer for striking Deputy Brandon Keathley in the chest.

The deputy had come to Estes Express Lines and found Quick with an abrasion and swelling over her left eye. She was drunk, according to a sheriff’s report.

After the officer requested paramedics, he tried to find out how she came to be at the business on Doug Barnard Highway. But Quick became angry and cursed, a report says.

“Quick then stood up, lunged at me and with her left hand she struck me in the chest,” the deputy said in the report.

The officer determined that Quick’s silver 2005 Lexus 330 AWD had damaged a fence on the property. Witnesses also said another person was seen fleeing from the vehicle after the wreck.

Quick was treated on the scene, requiring only an ice pack for the swelling. She was taken to jail for the assault, and her vehicle was towed.

For more crime news, pickup this week’s edition of The Jail Report, including a story about an Augusta man who tried to rob a locked Domino’s Pizza place in a Scream mask but couldn’t get a worker to let him inside! 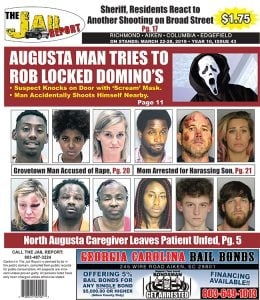