Jerry Wayne Matthews, 41, allegedly approached the girl and her guardian and said he wanted to show them something.

The suspect also allegedly told the girl, “You’re so beautiful.” He told the adult guardian that she was beautiful too, but the 13-year-old girl was “really beautiful.”

The suspect told deputies that he found the adult toys in a dumpster and was trying to be a good salesman. He said if he could not get money for the items, he planned to give them away.

But the girl told officers that the stranger had been staring at her inside the restaurant and approached them as they were leaving. 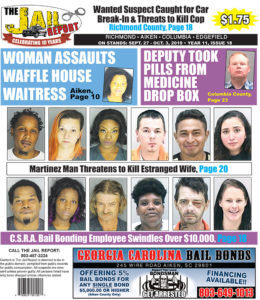