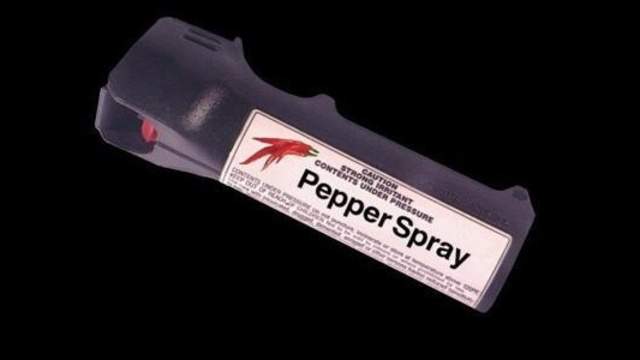 A Martinez mother used pepper spray on her 13-year-old daughter Monday and filed charges against the disobedient child, according to a sheriff’s report.

The 33-year-old mother, who works as a middle-school science teacher in Augusta, told authorities that her daughter ran away on Monday. When she returned, she told her mom that she was just walking around the complex at Shenandoah Ridge Apartments where they live.

The mother grabbed the girl and began spanking her. That’s when the daughter “stood up and attempted to punch” her mom, the report says. The child also took a broom and swung it at her mom, hitting her her on her left arm.

The mother reacted by spraying her daughter in the face with pepper spray, the report says. As the teen ran to the shower, the mother called the sheriff’s office.  Paramedics responded and evaluated the girl.

A deputy contacted the on-call Juvenile intake officer.  A Juvenile Complaint Form was completed on the teen and submitted to Juvenile Courts.