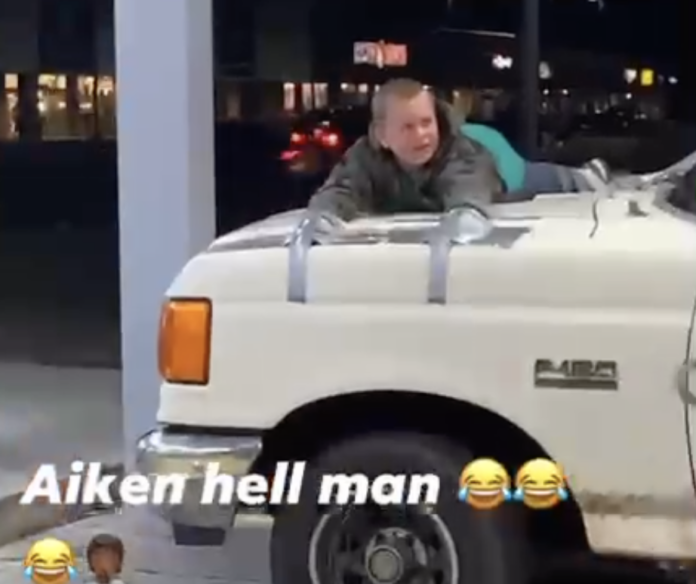 Click below to see father Daniel Hupp interviewing his 9-year-old son about the tape challenge that had Facebook users calling the cops over the weekend.

The tape challenge led to calls to the Aiken police department on Friday night before an investigation showed it was all in good fun at a gas station on York Street in Aiken.

Here is the statement from Aiken Police Capt. Brian Key:

“On 2/19/22, at approximately 11:00 pm, Aiken Public Safety received information and a short video clip showing a juvenile taped to the hood of a truck. ADPS began investigating the incident and Officers located and questioned all parties involved as well as independent witnesses to the event.

It was discovered the  juvenile (9 yoa) was taped to the hood of the truck by his father in response to a challenge that he was strong enough to break free.  At no time was the truck in motion nor was the driver’s seat occupied during the incident.

ADPS investigators found there to be no criminal intent nor was the juvenile’s well being in jeopardy. No charges are being brought in this incident.”