North Augusta Strangler was the Father to Woman’s Child! 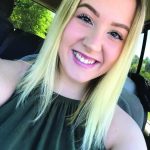 Aiken County authorities identified Hooper as the suspect. He faces charges of murder in the death of 20-year-old Melissa Clary.

“Hooper and Clary were involved in an on and off again relationship and have a child together,” a press release says. 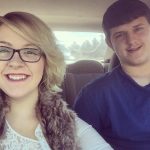 n autopsy determined Clary died from blunt force trauma to the head and strangulation. She was discovered at her Fir Street residence Monday afternoon by her mom.

“The mother observed that her daughter had some serious injuries and called 911. Ms. Clary was determined to be deceased a short time later,” Coroner Tim Carlton said in a press release.

The victim was a mother herself.  A balloon release was held last Wednesday afternoon in Clary’s memory.

North Augusta, SC (19 June 2018, 2:45 pm) – On June 11th, the Aiken County Sheriff’s Office began an investigation into the death of Melissa Clary that occurred in her home at 450 Fir Street in North Augusta. Investigators have identified the suspect as James Michael Hooper II. Hooper and Clary were involved in an on and off again relationship and have a child together. As this investigation developed, today, investigators obtained a warrant for Hooper; charging him with Murder. Hooper’s last known address is in the North Augusta area inside Edgefield County. Edgefield County Sheriff’s Office is assisting with this case and is attempting to locate Hooper. If anyone has any information on the whereabouts of Hooper, we encourage them to contact the Aiken County Sheriff’s Office at 803-648-6811. Tipsters can contact Crime Stoppers at 1-888-CRIME-SC.