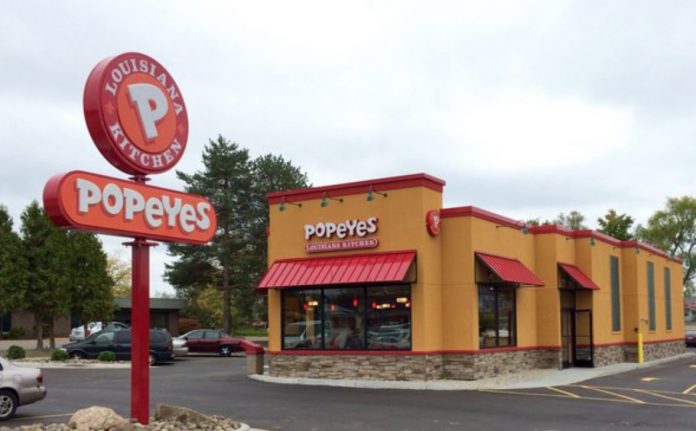 A Popeye’s employee got into an argument with a customer Saturday at the Martinez restaurant and had to be restrained from pouring hot grease on them, according to a sheriff’s report.

(This is one of many stories in this week’s Jail Report. Pick up your copy today in local gas stations.)

The Popeye’s customer told deputies that she didn’t want criminal charges. She just wanted some discipline of the employee by the restaurant.  In fact, the customer didn’t provide her name to the deputy and left.

But Popeye’s manager Alexander Howard told a responding deputy what happened.  In an interview with The Jail Report, Howard repeated the details:

The customer seemed impatient with the time it took to get the Family meal that she ordered. The manager thinks that the customer jumped up on the counter during an argument with the employee, an incident captured on store surveillance. Soon, the manager heard arguing and took control of the order.

After packing the order and giving it to the customer, the employee, identified in a report as Quintrella Thompson, returned from the kitchen with a pot of hot grease.

“She was going to pour it on the customer,” Howard said. “So we’re playing tug of war behind the counter. I couldn’t let her pour no hot grease on no customer.”

The customer left but not before talking briefly to a sheriff’s deputy who had been called to the restaurant.

Howard said an area district manager fired Thompson later in the day, but he was unsure about whether his bosses planned to pursue criminal charges against the employee.

“We are not supposed to argue with the customer,” Howard said.