RCSO Catches Couple Who are Suspected of Shooting at Deputy 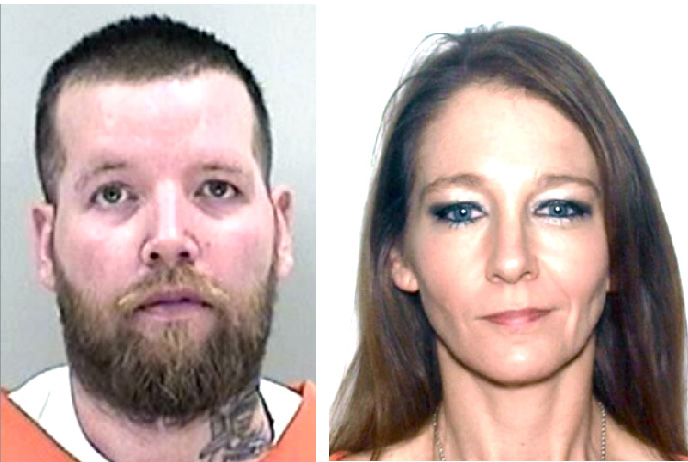 Stewart is the same man arrested this week for shooting at a depth during a routine traffic stop.

In the Bussard killing, authorities responded to the 3800 block of New Karleen Road on Jan. 12 in reference to shots fired where they found Sean Bussard with an apparent gunshot wound. Bussard was pronounced deceased by the Richmond County Coroner’s office at 10 p.m. Jan. 12.

On Wednesday, Stewart Jr. was taken into custody and questioned by Richmond County Sheriff’s Office Investigators about his alleged involvement in firing at Deputy Nunes during a traffic stop that occurred early Wednesday at approximately 12:10 am at Peach Orchard Road and Settlement Road. During the course of that investigation, it was found that Stewart shot Bussard. Stewart has been charged with Murder for the death of Bussard.

Authorities have charged a man and woman with shooting at a Richmond County deputy during a routine traffic stop.

Rex Stewart Jr., 36, and Cyndi Bowen, 44, have each been charged with aggravated assault upon am officer, weapon possession and possession of a firearm by a convicted felon.

“While Deputy Nunes spoke with the female driver, later identified as Cyndi Faye Bowen (Fowler), the passenger of the vehicle, identified as Rex Allen Stewart, Jr.  shot at Deputy Nunes,” sheriff’s Sgt. Kimberly Lee said in a press release. “Deputy Nunes returned fire with his service weapon striking the vehicle but not the occupants.

The sheriff’s office said Stewart is linked to the Aryan Brotherhood, which is a “white prison gang,” according to Wikipedia. Stewart has served time in a Georgia prison from 2009-2011 for dealing drugs, burglary and weapons offenses in Richmond County, according to the online records.

The sheriff’s office said they will eventually release the officer’s name and provide possible charges after the investigation continues. The couple faces possible charges of aggravated assault on a law upon a law enforcement officer.