RCSO Deputy Jailed for Fighting at The Country Club; Cop Has History of Excessive Force 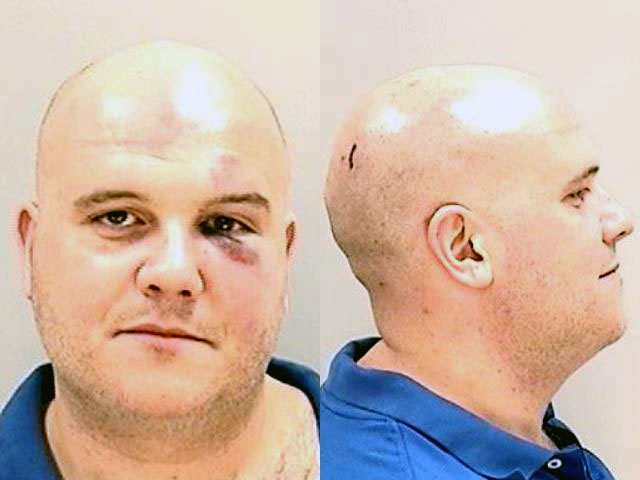 A Richmond County deputy with a history of excessive force was arrested for fighting at The Country Club bar on Washington Road.

Deputy Thomas Andrews, 32, of Evans, was arrested early Saturday for “affray” and booked into the Richmond County Detention Center before being released on bond. He has also been fired.

Sources have told WGAC’s Austin Rhodes that Deputy Andrews instigated the fight. A mugshot shows him with a black eye and an apparent cut wound to the back of the head.

Press release from the sheriff’s office:

“On February 17, 2018 at 1:04 AM, a Richmond County Deputy was working a special duty assignment at the Country Club Nightclub, 2834 Washington Road when he observed an altercation inside. The deputy observed a male subject punch another subject in the face. That subject was later identified to be off-duty Richmond County Deputy Thomas Andrews. After Andrews struck the individual, both subjects began fighting and the deputy attempted to break up the fight. The deputy was ultimately able to control the situation and take the subjects into custody. The other individual in the fight was identified as Austin Kyles of Aiken SC. A third individual, Allen Lemonds of Virginia Beach, Virginia was also detained.

After investigating the incident through firsthand accounts and reviewing video surveillance it was determined that Andrews instigated the altercation and was arrested and charged with Affray. Kyles was charged for Disorderly Conduct. Lemonds was also charged with Disorderly Conduct after he was observed pushing another unidentified male during the altercation. Kyle received minor injuries from the fight as did Deputy Andrews.

Deputy Andrews, a Richmond County deputy since 2012, is the same officer who was suspended for three days without pay in 2016 for unnecessary force and failure to activate his body worn camera right away in the arrest of assault suspect Deon Hamilton. (Click here for video.)

In August 2015, however, Sheriff Richard Roundtree gave Deputy Andrews and another officer a commendation for “saving a life.” According to the RCSO website, Deputies Charles Kaminer and Thomas Andrews were assisting Deputy Evan Vinston with a disabled vehicle on Belair Road. While at that location, a black male came running up the road yelling “He hung himself”.

Deputy Kaminer and Deputy Andrews got into their patrol cars and followed the subject to 3751 Belair Road. They noticed a male subject hanging from a tree limb by a cable that was tied around his neck. Deputies Andrews and Kaminer removed the cable from around his neck, and laid him flat on his back to begin CPR.

“Due to their fast thinking, level of experience, and desire to help those in need, a life was saved,” the RCSO website says.

For more crime news, pick up the current issue of The Jail Report, on news stands now.