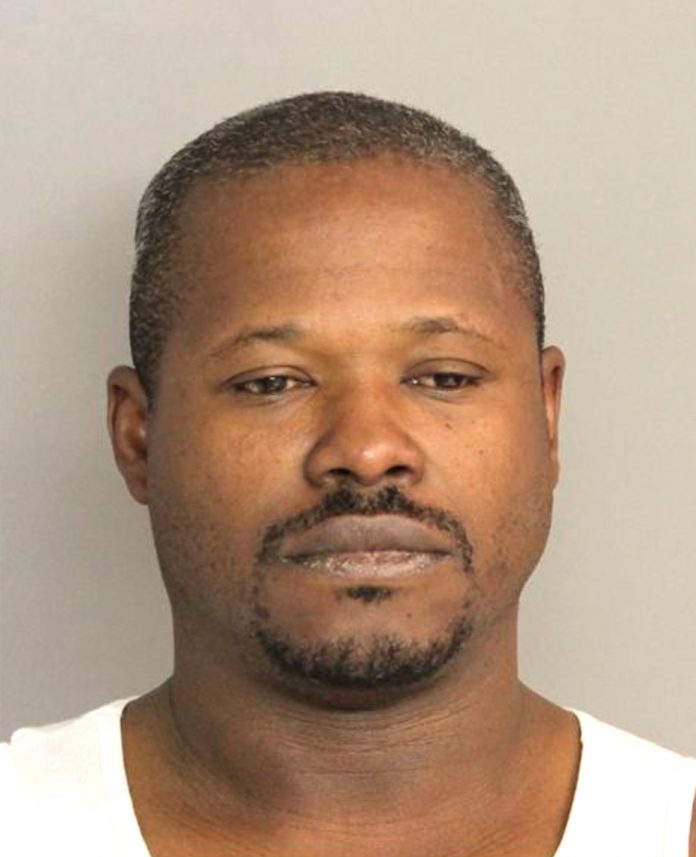 An off-duty Richmond County deputy deployed his service taser while breaking up a fight in North Augusta, authorities said.

At 7 a.m. Friday, RCSO Deputy Michael Rollins was at his residence in Aiken County, off duty, when he was advised by his wife that there was a disturbance next door, according to a RCSO press release. Dep. Rollins went outside and heard a commotion.

At 7 a.m.  the Aiken County Sheriff’s Office responded to 311 Gilmore Avenue in North Augusta in reference to the same disturbance.

Authorities say Kenneth King and John Blocker (pictured) were in a heated verbal altercation. Deputy Rollins retreated to his residence and put on his duty belt with Richmond County Sheriff’s Office credentials. Deputy Rollins returned to the front yard of 313 Gilmore Avenue.

“Deputy Rollins identified himself as a Richmond County Deputy,” RCSO sheriff’s Sgt. Monica Belser said in a press release. “Deputy Rollins ordered King to drop a brick that was in his hand, in which he immediately complied.  Blocker stated that he did not care who Rollins was and made an aggressive approach towards him. Deputy Rollins displayed his county issued Taser towards Blocker. ”

The Taser deployment occurred as Aiken County’s Sergeant Mathis arrived on scene.  (This incident was recorded through Sgt. Mathis’ Dash Camera). Sgt. Mathis immediately identified Deputy Rollins as an officer by his gun belt and badge that was displayed.

Sgt. Mathis approached Blocker lying on the ground. As he began to handcuff Blocker, he became combative. Sgt. Mathis asked Deputy Rollins to re-energize the Taser. Dep. Rollins tased Blocker once more and he was then taken into custody without further incident, according to Sgt. Belser.

John Blocker 50, of North Augusta, SC, was charged with Disorderly Conduct and two counts of Assault and Battery 3rd Degree.