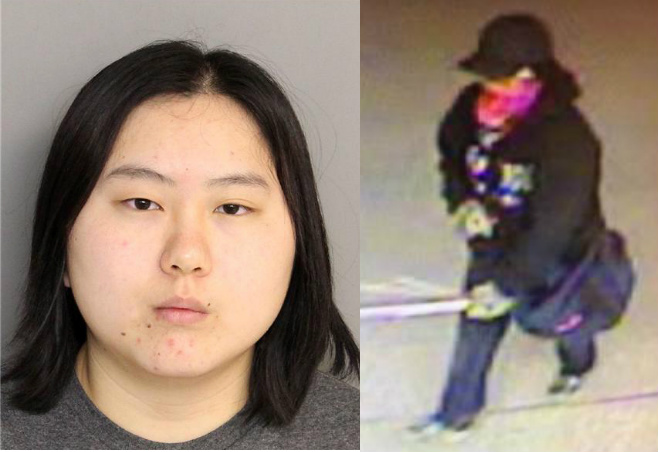 A Martinez pair wanted in a rash of school break-ins in Columbia County was busted Sunday night after trying to burglarize a North Augusta business, authorities said.

Hyun Joo Kim, 20 (pictured in her mugshot and from school surveillance) and a 16-year-old boy were both caught during an attempted burglary at a tuxedo rental store in North Augusta. Authorities say garbage collectors spotted them on a roof of The Shoppes of North Augusta, where the “Gents Formal Wear” business is located. Public safety officers caught them and then called Columbia County authorities.

After the pair’s arrest, investigators recovered several items from the suspect vehicle that were taken from the school burglaries and a burglary that occurred last week at Mystic Vapors on Belair Road, Capt. Morris said. Additional searches were conducted at their homes where more property was recovered.

Both suspects are being detained in South Carolina. Authorities say they were friends and were not dating.

The 16-year-old is a juvenile and was not named in a press release.