Two local women have been arrested for allegedly stealing $186 worth of lobster tails Monday from the Publix grocery store in Augusta.

Tasia Rhodes, 33, of Augusta, and Chineice Rhodes, 34, of Aiken, were each arrested Tuesday when they returned for more, according to a sheriff’s report.

On Monday, Publix Manager Allison Watts told authorities that “two heavy-set black females wearing dark clothing picked up lobster tails from the seafood department and walked out of the store” without paying for them.

The next day, the manager called the sheriff’s office to say the suspects were back at the Washington Road store to try again.

A deputy confronted the women outside the store.

“Tasia Rhodes advised she stole the lobster and her sister didn’t have anything to do with it,” a report says.  “The video surveillance was observed and it showed both subjects shoplifting.”

For more crime news, pick up the latest edition of The Jail Report, sold in local stores or online at thejailreport.com 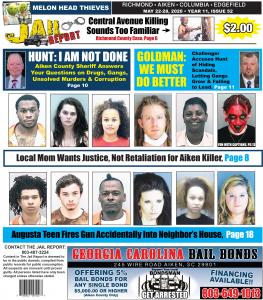