On 01/12/2020, Sunday at 0223 hours the Richmond County Sheriff’s Office responded to the 2300 block of Winston Way for a possible accident where a vehicle had struck a tree. Upon arrival deputies located, a black Kia Rio bearing GA TAG# CLI5866, sitting on the east bound shoulder of Winston Way resting against a tree in front of 2340 Winston Way. Deputies located a driver in the driver’s seat, Deivante McFadden, who was unresponsive and had at least one apparent gunshot wound. Gold Cross EMS responded to the scene and transported Deivante McFadden to AUMC (Augusta University Medical Center) for treatment where he was pronounced deceased.

During the subsequent investigation, investigators were able to link Janiah Sullivan (14 YOA charged as an adult), Rian Raekwon Stone (17), Ebonee Jones (20) and Carlos D. Mack (19) as being involved in the death of Deivante McFadden.

Rian Stone has been charged with (1 count) of Murder, (1) Count of Criminal Attempt Armed Robbery, and (1) count of Possession of a Firearm during the Commission of a Crime.

Janiah Sullivan (pictured at right) has been charged with (1 count) of Murder. 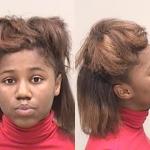 Carlos Mack is wanted for (1 count) of Murder, (1) Count of Criminal Attempt Armed Robbery and (1 count) of Possession of a Firearm during the Commission of a Crime

Richmond County authorities have identified four suspects in last week’s shooting death of a Hephzibah man, according to arrest warrants. 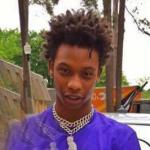 Rian Stone, 17, Ebonee D. Jones, 20, Carlos Mack, 17, and a juvenile girl, have been identified as suspects in the Jan. 12 murder and attempted armed robbery that killed Deivante McFadden, according to arrest warrants.

Stone and Jones are in custody while Mack is not, according to jail officials. It is unclear if the juvenile has been arrested.

Warrants say that Stone was the shooter and fired his gun at the McFadden as the victim tried to drive away from the robbery on Winston Way. The victim was found shot in the driver’s seat of a black Kia Rio wrecked on the 2300 block of Winston Way at 2:48 am on a Sunday. He was transported to the Augusta University Medical Center, where he was pronounced dead less than an hour later.

According to arrest warrants, Ebonee Jones was the getaway driver.

The Man with Many Names – Aiken County Arrests Man &...

Hephzibah Woman Stabs Man with Butcher Knife in Front of Her...

Son of Georgia Rep. Lee Anderson is Arrested for DUI