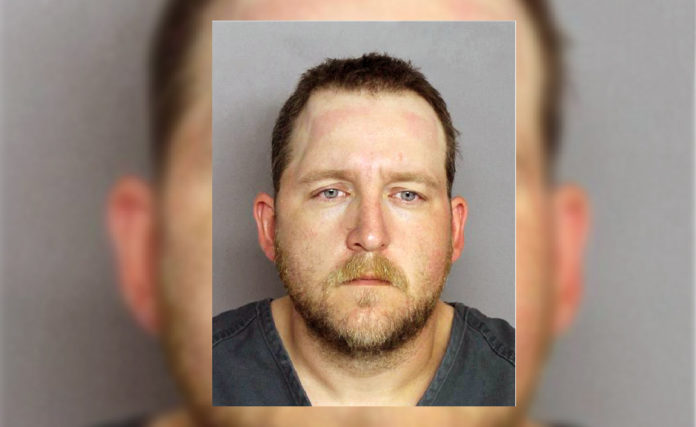 Jon Christopher Hyatt, 32, was charged Wednesday with seven counts of criminal sexual conduct with a minor and one count of disseminating obscene material to a minor.

Arrest warrants give a distributing account of the suspect’s alleged sex crimes. He allegedly abused the girl sexually and convinced her to perform sex acts on him from October 2018 through April 2019.

The person who called the sheriff’s office last month said the girl “began making gestures and saying in appropriate comments, indicating the victim was possibly sexually assaulted by the subject,” a report says.

In addition to the sex acts, he allegedly showed the young girl adult pornography from an electronic device over the same seven months.

The girl’s relationship to the suspect was not released by authorities in order to protect her identity.

According to online court records, Hyatt has a previous 2007 conviction for contributing to the delinquency of a minor. He was sentenced to probation in that case, but he could not physically comply with conditions of probation supervision due to head injuries sustained in a motorcycle crash. So a judge ordered that the sentence be reduced to time served on probation.