What We Know About Smitty Melton, The Man Wanted for Killing City Worker in Augusta

Authorities are hunting Smitty Melton for the brazen shotgun-death of a code enforcement employee.

The victim’s name was not immediately released. Witnesses say Melton shot the victim three times, possibly in the face, with a shotgun while he was on 13th Avenue for an inspection.

Previous arrests of the 65-year-old suspect shows he has an address of 1224 13th Avenue in Augusta. Here are his arrest history, according to online records from Richmond County.

In Aiken County, he also has a history of charges, including many traffic offenses. However, he had a serious charge of unlawful neglect of a child in 2003 that was dismissed and a stolen pistol charge in 1997 that was also dismissed.

In Thursday’s killing, investigators were called to the scene around 9:53 a.m.

Commissioner Dennis Williams told local reporters that the victim was there for an inspection when the suspect shot him three times.

“It’s a sad day for Augusta,” Williams said. “But it’s the way our society is going.”

A wanted poster says that Melton is wanted for Murder in reference to a Homicide that occurred on the 1200 block of 13th Avenue Augusta, GA 30904 on Thursday, August 20, 2020.

Any information concerning this subject, please contact Inv. Walter McNeil 706-821-1078, or any On-Duty Investigator at the Richmond County Sheriff’s Office. 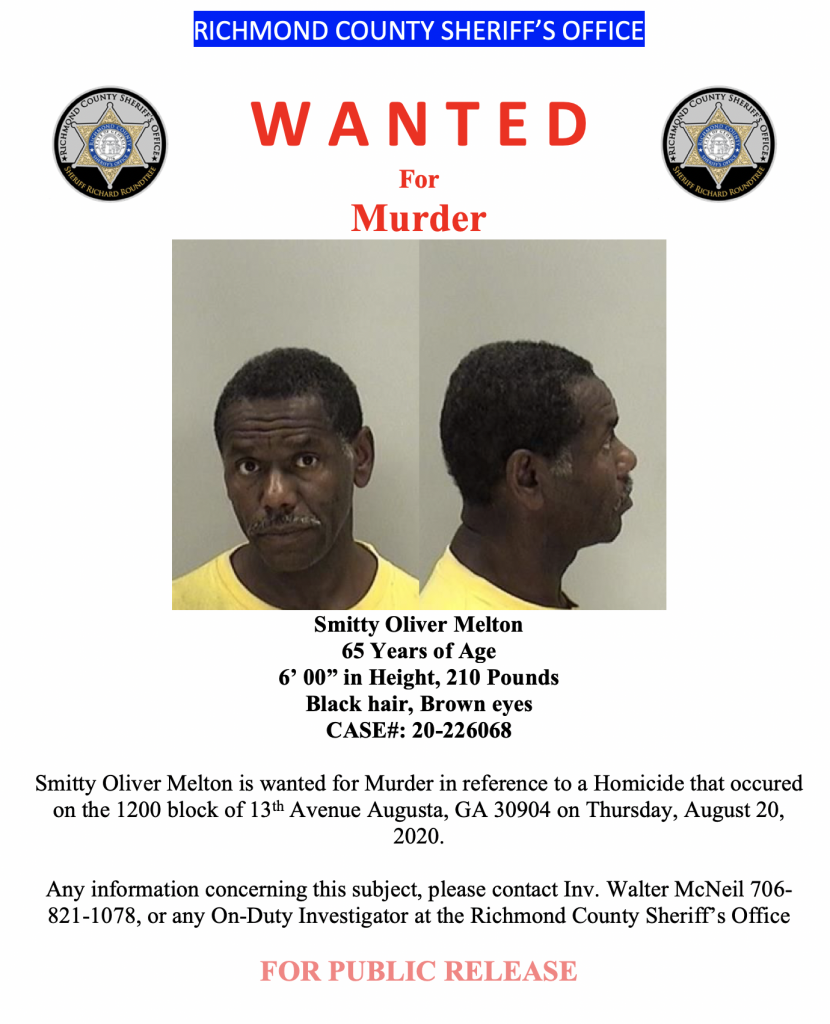