Why Wasn’t School Board Member Wayne Frazier Booked Into Jail for Second DUI?

School board member Wayne Frazier’s drunk-driving wreck in November never made the news and never made The Jail Report. Until now.

The Augusta Chronicle broke the story this week on the school board members’s charges. (See accident report below.)

The Jail Report has since learned that Frazier went to the hospital and was given a citation for DUI and failure to maintain lane. He never went to jail and never had his photo taken for a mugshot, which is how The Jail Report learns of arrests.

That is different than Frazier’s 2010 arrest on DUI charges. His mugshot from that arrest is shown above, and we did a big story on him at the time.

On Friday, The Jail Report asked sheriff’s Sgt. Kimberly Lee if Frazier was given any special treatment in the latest DUI.

“No, not that I can see,” Sgt. Lee said. “But I have not looked into the case. It is not uncommon for those things, for someone to receive their citation after they are released from the hospital.”

So there is no 2019 mugshot that exists and no booking sheet that lists his charges, she said. But Frazier will still have to answer to the accusations in court.

In the 2010 case, Frazier pleaded guilty to a lesser offense of reckless driving and got 80 hours of community service, 12 months of probation and fines. The outcome of this case is unclear.

Meanwhile, below is the accident report, which shows Frazier was traveling south on Deans Bridge Road at 9:39 p.m. at night when he struck the median barrier after appearing to jerk the wheel to the left. Frazier told a deputy “he does not recall what happened.” 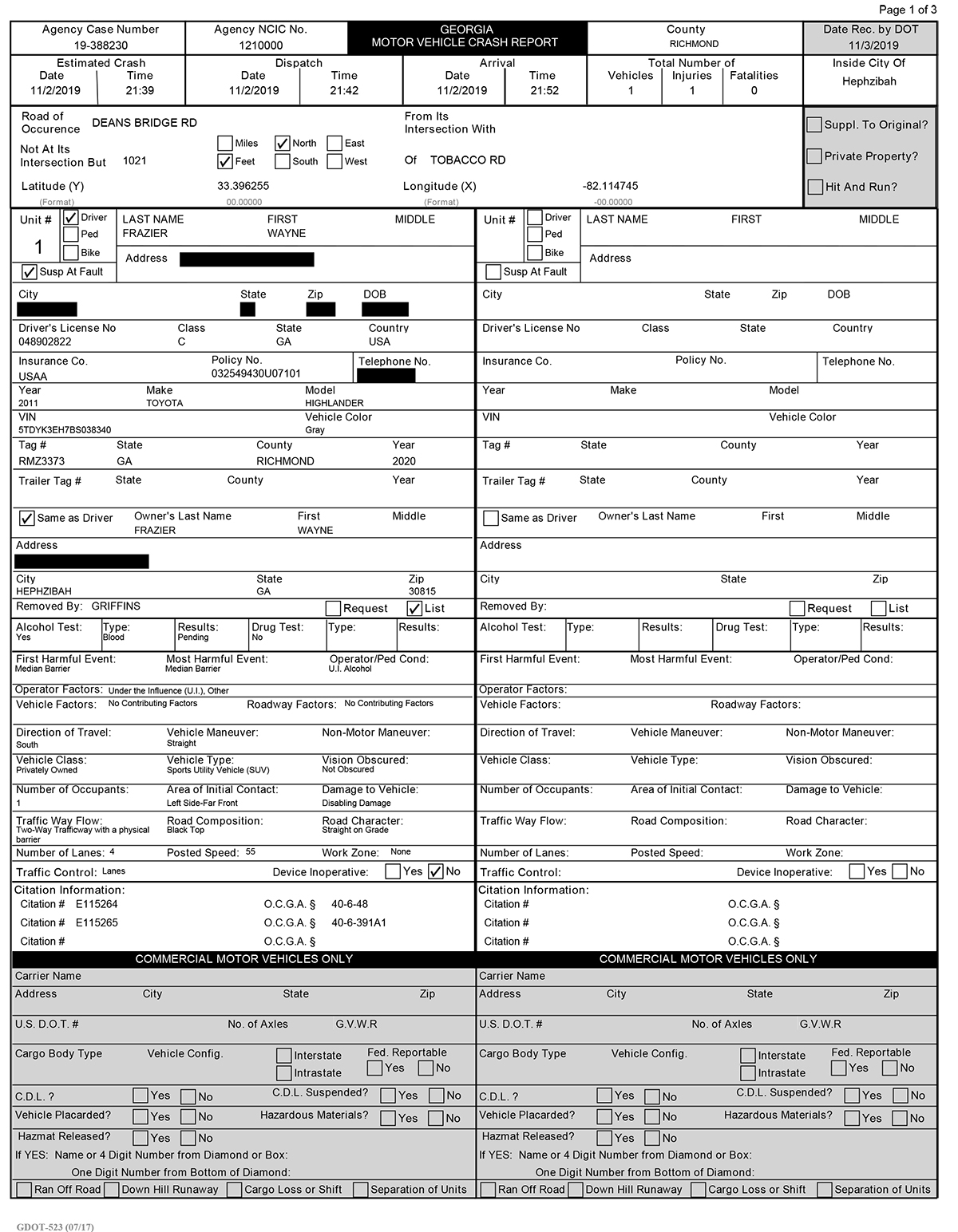 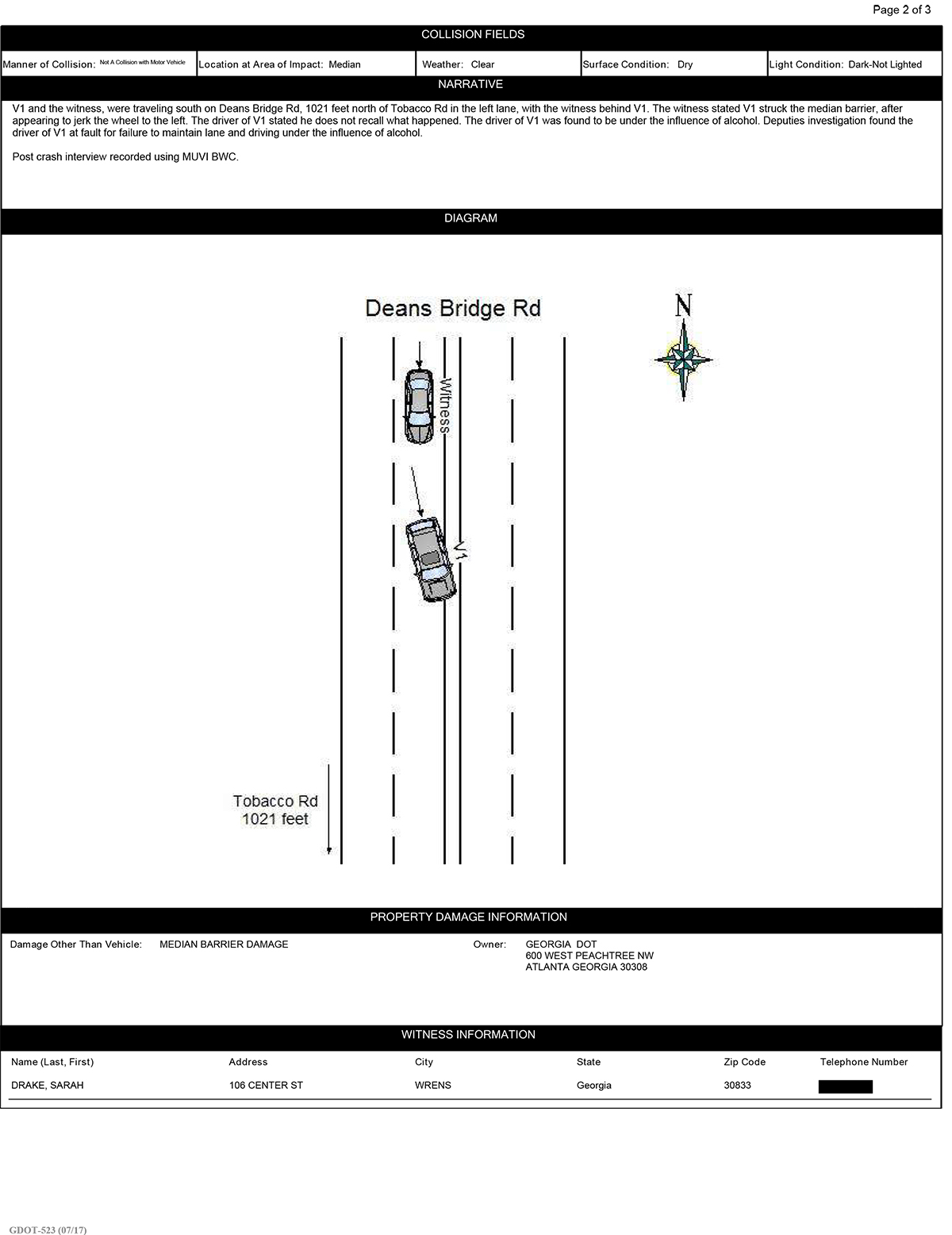 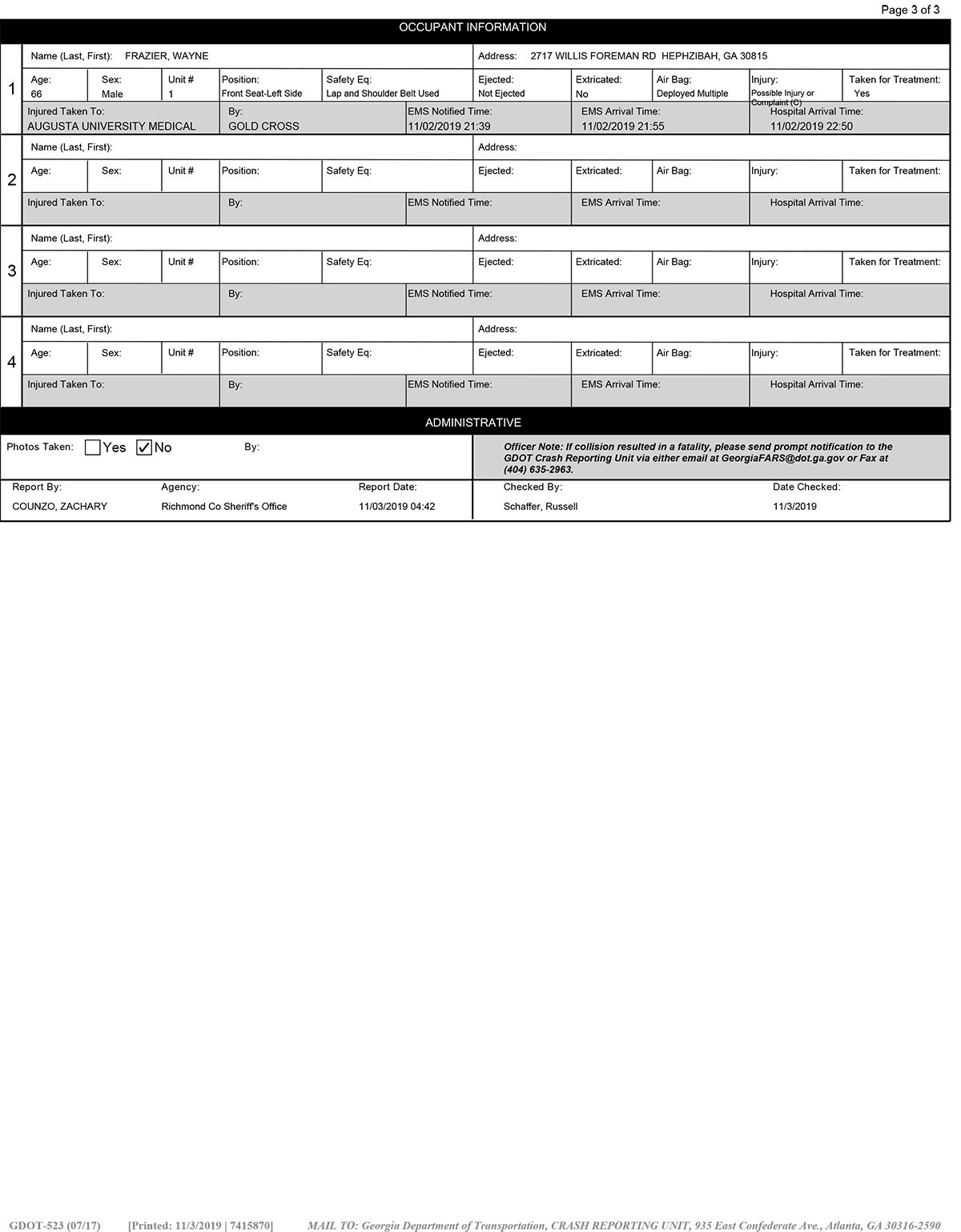