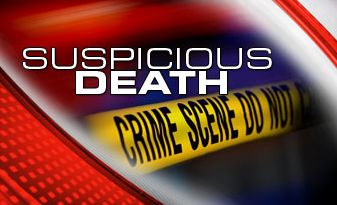 A man and woman were found dead at a Jackson residence Tusday and authorities were hunting for armed suspects driving the victims’ stolen vehicle.

Authorities have not released the victim’s names and no suspects have been caught.

Around 3:45 p.m. Tuesday, the Aiken County Sheriff’s Office responded to 2570 Green Pond Road in the Jackson area for a reported dead body.

“When responding deputies arrived on scene, they found a deceased person in the residence,” sheriff’s Capt. Eric Abdullah said. “They were informed by the 911 caller that she came to check on a co-worker and when she got there she found the person who was deceased.”

When deputies searched the scene, they found another deceased person who was found behind the home.

Investigators and the Aiken County Coroner’s Office were called to the scene to assist with the investigation.

Preliminary investigation has revealed that the vehicle that is registered to this residence is missing. It is a red in color 2002 Mitsubishi Eclipse Spyder with a tan top, and bearing SC License # CBL872.

Anyone has any information on the whereabouts of the missing vehicle or information on this investigation, please contact the Aiken County Sheriff’s Office at (803)648-6811 or CRIMSTOPPERS at 1-888-CRIME-SC (www.sccrimestoppers.com)