A Lakeside Middle School student was charged Sunday after making an online threat of gun violence at the Evans school.

School administrators received a tip on the district hotline about a student “threatening gun violence against the school,” Principal Jeremy R. Medlin said in a letter to parents. (See letter below.)

Since it was off-campus, school officials called the Columbia County Sheriff’s Office. The student was arrested. Their name was not released.

“School administrators will also hold all responsible parties accountable according to the school district Code of Conduct,” Medlin told parents. “Safety is a top priority for the Columbia County School District and Lakeside Middle School, and threats of any nature will not be tolerated.”

The principal said school will continue as normal, but they will have school resource officers on each school campus.

The principal encouraged parents to speak with their students about the importance of “See something. Say something,” which he said led to the timely response and action taken in this incident.

“Please remember, that any suspicious activity on social media should be reported immediately, and not circulated,” he said.

Any suspicious activity can be reported to a school administrator or the district’s Anonymous Tip Hotline, at 706-541-3600. 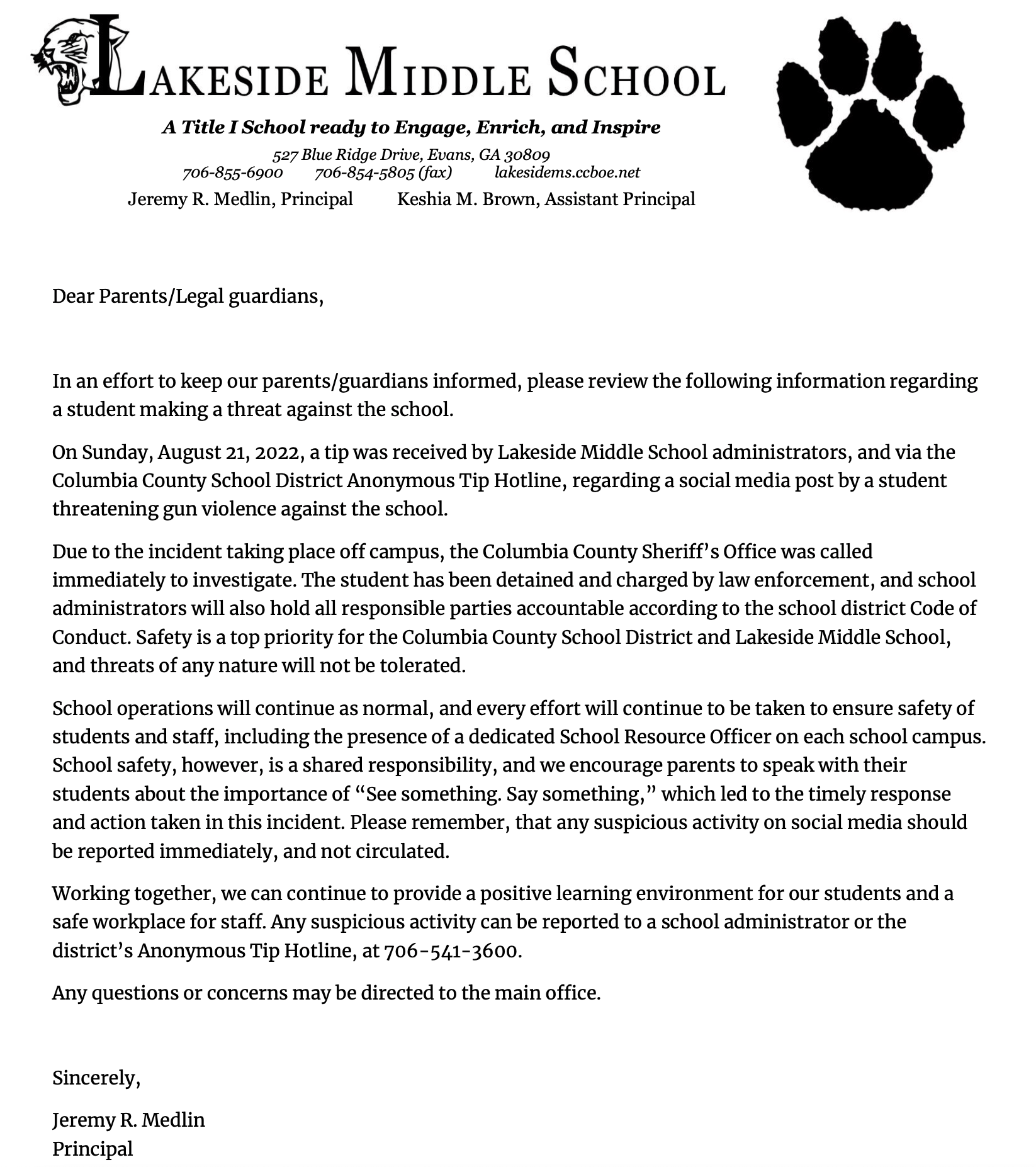