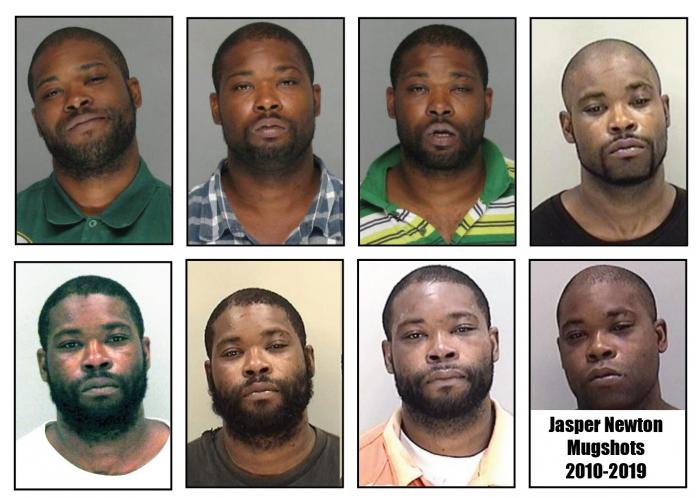 The GBI has released their review of the weekend’s officer-involved shooting and released the names of the deputies involved.

Here is the press release from Patrick Morgan, Special Agent in Charge:

“On Saturday, October 10, 2020, at approximately 5:30 AM, the GBI was requested to assist the Richmond County Sheriff’s Office with an officer involved shooting incident that occurred in the 1400 block of Poplar Street in Augusta.

At approximately 2:00 AM, deputies responded to a domestic dispute in the 1300 block of Anderson Avenue. Upon arrival, the responding deputy attempted to speak with Jasper Newton, 41, who was part of the domestic dispute.  Instead, Newton ran from the deputy, and the deputy pursued Newton on foot.  After Newton ran, the deputy was told by a female involved in the domestic that Newton had a firearm.  Once the foot pursuit began, additional deputies arrived in the area to assist the responding deputy.

During the foot chase, Newton shot at the deputies, and the deputies returned fire. Newton continued to flee on foot until he was located by deputies hiding in a vacant lot at the corner of Poplar Street and Holley Street. Deputies began giving commands to Newton to surrender, but Newton began shooting at the deputies who returned fire. Newton was later found hiding under a residence in the 1500 block of Poplar Street where he was taken into custody by deputies of the Richmond County Sheriff’s Office. Newton sustained a gunshot wound, and a Sheriff’s Office medic administered first aid until EMS personnel arrived. Newton was transported to a local hospital where he is receiving treatment for his injuries.

In addition to the officer involved shooting, the GBI was requested to investigate the domestic dispute and the assault on the officers by Newton. Preliminary investigation revealed that three Richmond County Sheriff’s deputies discharged their duty firearms during the incident. The officers involved have been identified as Melvin Walker, Corey Whitfield, and Joseph Hawk.

As a result of the investigation, Newton has been charged with one count of Aggravated Assault relating to the domestic incident, three counts of Aggravated Assault on a Peace Officer, Possession of a Firearm During the Commission of a Crime, and Possession of a Firearm by a Convicted Felon. Once Newton is released from the hospital, he will be transported to the Webster Detention Center to be processed for the charges.

The GBI’s officer involved shooting investigation is ongoing and upon completion will be turned over to the Augusta Judicial Circuit District Attorney for review.  The aggravated assault and family violence investigation remains active and ongoing.  Anyone with information regarding this incident is asked to call the GBI at 706-595-2575.”

Note: A photo of Deputy Cory Whitfield was not immediately available.